PDO has completed construction of Oman’s largest light gauge steel (LGS) office building in just nine months. Bait Al Bushra (House of Good News) was named in honour of His Majesty Sultan Qaboos bin Said’s glorious homecoming in March. The office complex project at Mina Al Fahal was awarded and built in just a year and has space for 612 staff, with full access for the
physically challenged across the ground floor. Initially, it will house staff from the Corporate Security and Electrical Engineering Departments and from the State Audit Institution.

The 9,600m2 two-storey structure is made from 450 tonnes of steel and has over 600 workstations arranged in an open office style, 62 rooms, six break-out areas, 20 collaborative areas and a cafeteria serving healthy food, including vegetarian, vegan and gluten-free
options.

Built on sustainable lines, both the air conditioning and heating costs are significantly less than a standard building. At US$16 million, it cost a third of the amount of a conventional building the same size. At its peak, 600 workers were involved in the construction but the project was completed in budget, on time and recorded more than 338,000 Lost-Time-Injury-free manhours.
The contract was the biggest executed for PDO by Integrated Facilities Management (IFM) contractor Carillion Alawi and subcontractors Blizzard Brothers, ALEMCO and Fahmy. All of the steel production was done in Oman and the furniture, soft furnishings and glass were locally sourced. 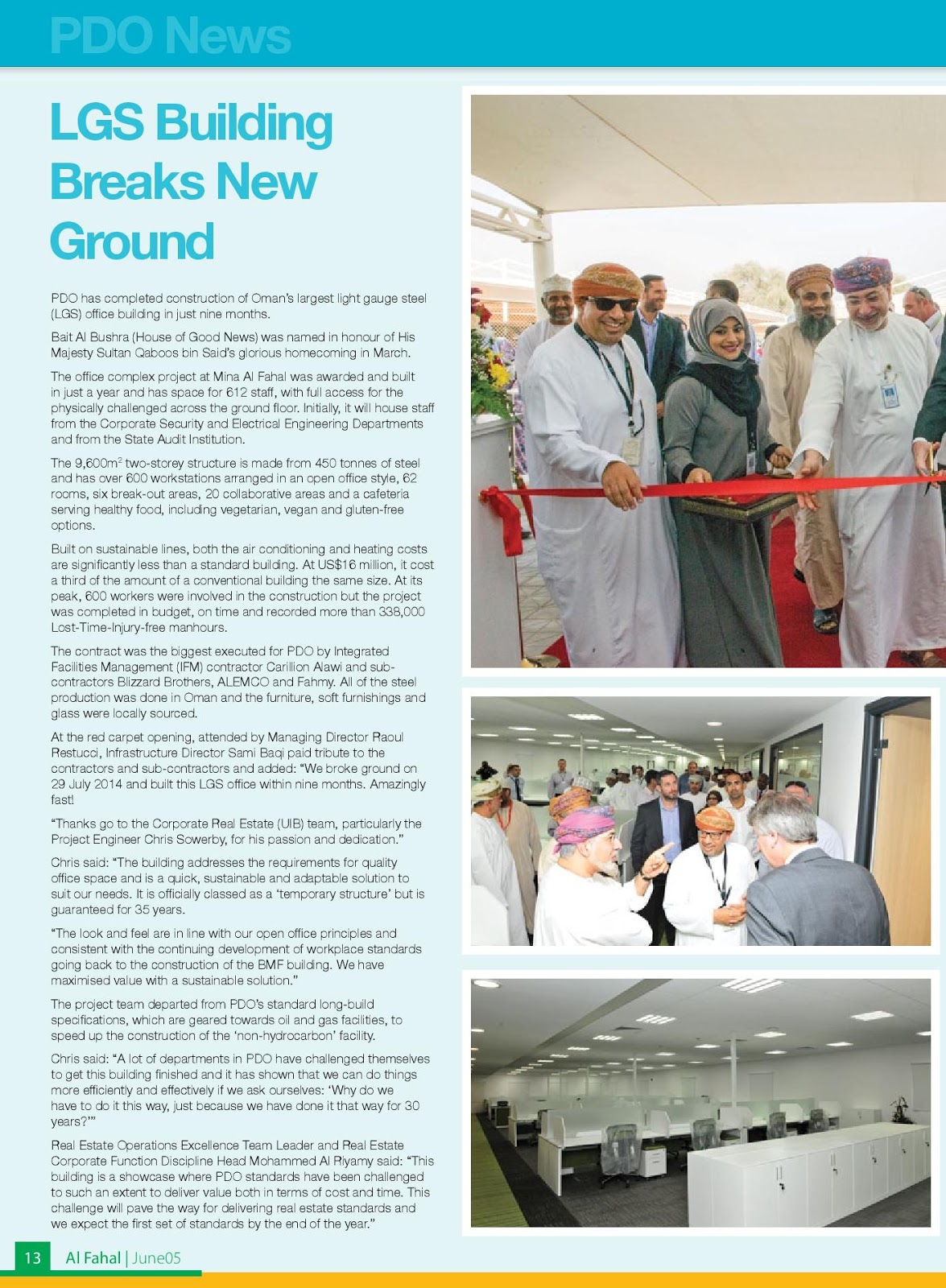 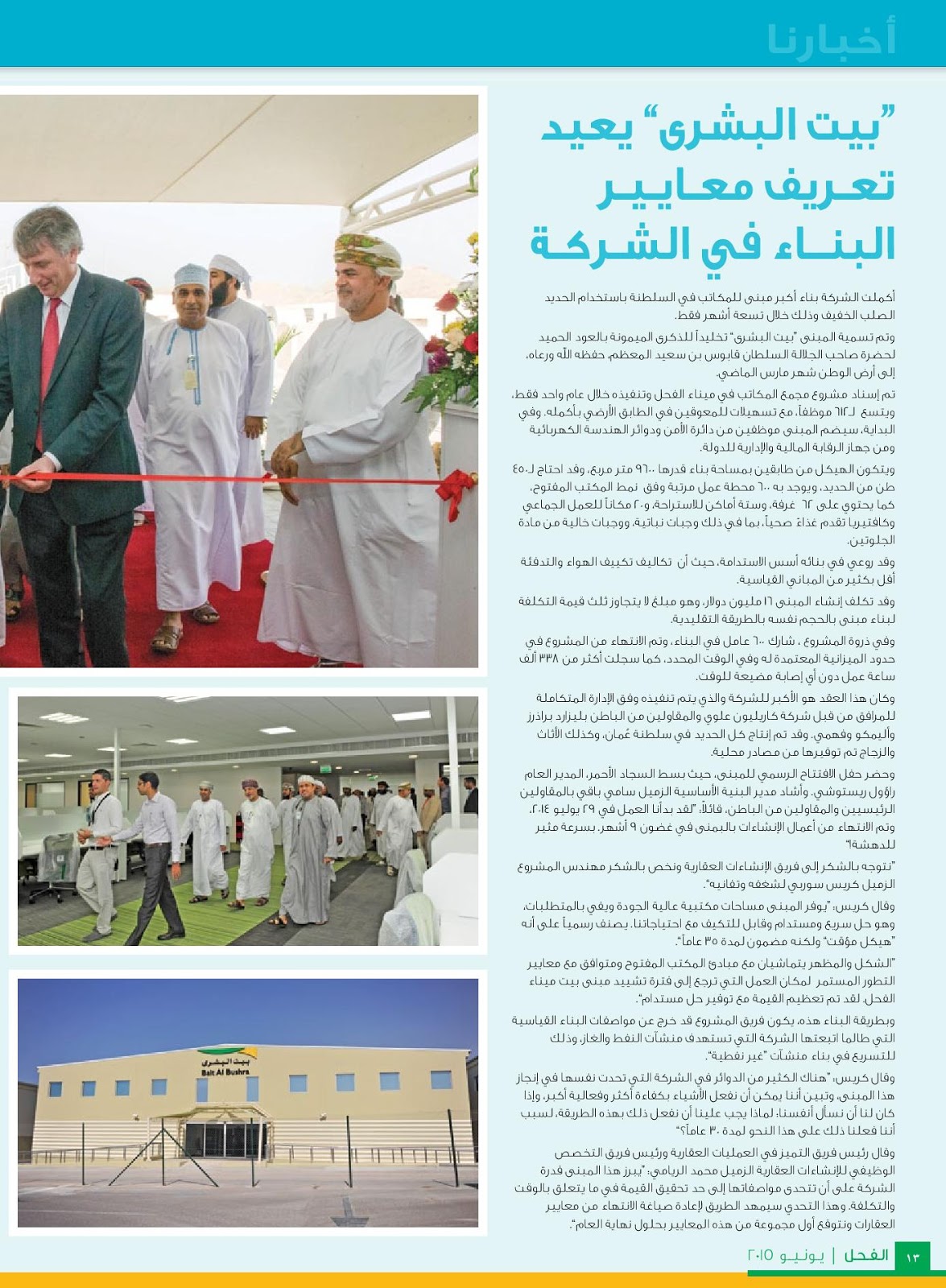